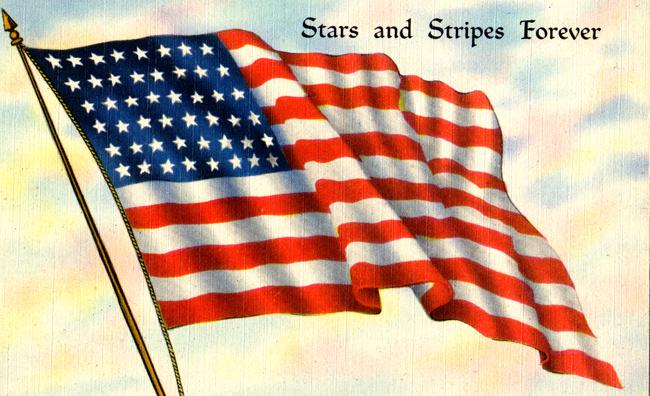 Exceptional correspondenc – a lawyer speaking his mind, and speaking for mine. I would add that the real story, after the mental isolation of our President, is the emptiness of the US government… w/o people and w/o prospects of people. And the inertness of Congress waiting for its $182k/yr. pensions.

from an attentive Southern California lawyer:

It is no overstatement to say that we have entered uncharted waters. The crazy-clown-show that is the Trump administration has exceeded anyone’s ability to provide a rational narrative. Want proof? Trump is going to “live tweet” Comey’s testimony on Thursday. Yep! He is going to turn a Congressional investigation into a reality TV show in which he is the carnival barker. His tweets will dominate the news cycle, with the substance of Comey’s testimony relegated to background. That is his plan: suck up all available oxygen in the room so there is no breath for rational voices. We must help focus on the real story. We must all be messengers of truth.

The potential voices of reason and restraint in the Administration have surrendered all pretense of influence over Trump. The charade of Ivanka’s supposed “calming influence” was mercifully put out of misery with the Paris climate discord. Kushner has been vanquished by Bannon. Tillerson, Mattis, and McMasters aren’t consulted about major policy changes in their respective areas. Spicer has been replaced by Huckabee because he no longer had the energy to spew word-salads to fill the spaces between reporters’ questions. Trump has exhausted them all. He sits alone in front of his alter ego—the TV—and tweets whatever random thoughts enter his feeble, insecure mind.

The “tweet storms” have grown into “Twitter typhoons”—week-long binges of rage that spiral into madness. The most disorienting aspect of this ongoing tragi-comedy is that Republicans continue to justify and excuse Trump’s actions. When that stops—as it must and will—Trump’s presidency will be finished, whether he remains in office or not.

The reason I am confident that some (enough) Republicans will abandon Trump is that he is doing real damage to our country. Not just with what he says, but with the fact that he has given up governing in favor of tweeting. Vast swaths of our government are effectively abandoned. America’s presence in the world is diminishing; its ability to make policy, enforce laws, create budgets, and provide for the welfare of its people is waning. I touch upon a few of these themes in today’s edition. The big news, of course, is that Comey will make a liar of Trump on Thursday while again confirming the substance of the Russian attack on our democracy. That is the story. Tell your friends and neighbors.

They buried the lead.

A prime example of Trump’s “look, there goes Elvis” strategy was on full display in the last two days. The Intercept posted a blockbuster intelligence memo dated May 5, 2017, that concluded that the Russian KGB (now the “GRU”) attempted to hack into the voting software systems used by approximately 100 local cities and counties. The purpose of the hack was to download malware that could assume remote control over the servers that tallied votes. This hack was not “pushing fake news stories” with the assistance of Trump campaign operatives. This is direct attack on our ability to ensure that votes cast are counted correctly. If successful (apparently, it was not), this attack would have allowed Russia to choose our President. That is bad. Very, very bad.

This story should be the biggest scandal since the Constitution was adopted in 1789. Yet it was pushed off the front page in about 2 hours because the NSA contractor who leaked the memo was arrested by the FBI. The press immediately focused on the cloak-and-dagger aspects of the story—not the brazen assault on democracy by the KBG!! Trump and the Republicans (with a major assist from Fox News) have converted this story into one about leaks, rather than one about the cyber equivalent of an act of war. We cannot let that happen. The story is Russia, not the leaks about Russia.

Most disturbingly, Trump must have been aware of this report, which was published in early May. Did he tell the American people that Russia was directly implicated in attempted manipulation of the vote count? No. He continued to call the Russia investigation “fake news.” That is a lie by Trump. Perhaps his biggest yet. He is withholding relevant information and affirmatively misleading the American people so that his “victory” is untarnished. He has chosen ego over country, lies over truth, Russia over America. Some Republicans will abandon him. We don’t need many. You can help.

As long as we are talking about the Middle East, the sole accomplishment Trump claimed from his trip was an alleged $110 billion arms deal with Saudi Arabia. Turns out that there were no actuals “deals” signed. Instead, Trump has tallied up amounts in “letters of interest” about future purchases and deals that were negotiated under the Obama administration but not yet delivered. Talking Points Memo, “Trump’s Saudi Arms Deal Is Actually Fake.” Again, Trump’s overwhelming need to satisfy his ego has made quick work of the truth.

EPA Secretary Pruitt has been claiming that Trump’s policies have created 50,000 new jobs in the coal industry. The problem is that the total number of jobs in the coal industry is—wait for it—50,000! If you take Pruitt at his word, Trump created the entire coal industry from scratch after January 20, 2017. See The Atlantic, “The White House Exaggerated the Growth of Coal Jobs by 5,000%.” As The Atlantic explains, coal jobs grew by about 1,000 in the six months before Trump was elected and by about 1,000 in the six months after Trump was elected. This is a lie of such monstrous proportions that in any other administration, it would ruin the President’s credibility, permanently. Having dispensed with objective truth, this exaggeration has barely been noticed. Kudos to The Atlantic for doing the spade work necessary to unearth the truth.

Multiple sources are reporting that Sessions will likely be fired. Indeed, he has apparently offered to resign. CNN Trump blames Sessions of the appointment of the Special Counsel, apparently forgetting that it was Trump’s rash firing of Comey that tipped the balance. As the Washington Post notes, this is part of a disturbing pattern in which Trump avoids responsibility for his actions because, in his view, he can never be wrong. (Remember the Covfefe!)

You will recall that after asking the Obama-era US Attorneys to remain on the job until replacements were confirmed, Sessions abruptly fired fifty US attorneys. As this editorial in the NYTimes points out, Trump has yet to nominate any replacements. Even though Trump’s inaction is clearly to blame, Trump has tweeted that it is the “obstructionists” Democrats who are at fault. As the Times notes, you can’t obstruct nominations that have not been submitted.

This is a real problem. US Attorneys are vital to the administration of justice in the United States. While there are acting heads in the various districts, they cannot make important policy decisions about enforcement. They are treading water. As the Washington Post notes, Trump has a recruiting problem. He cannot attract qualified people to fill important positions. Not just in the Justice Department, but in State Department, the FBI, and two cabinet agencies (Army and Navy). He does not have a Communications Director, and his Chief of Staff (Priebus) would be a goner except for the fact that no one will take the job.

I am reminded of a comment by a reader during the early days of this newsletter. She said that if the measure of Trump’s success was the number of his Twitter followers, she was going to follow, like, and retweet every tweet by Obama. It should give us comfort that Trump has only 31 million followers, while Obama has about 90 million followers. Moreover, about half of Trump’s followers are fake. See USA Today, “Apparently Half of Trump’s Twitter Followers are Fake.”

I am not suggesting that readers engage in Twitter wars, flame wars, or obsessive attention to social media. But if you have a presence on social media, take ten seconds every day to like, tweet, or re-post something true, real, and meaningful. Sadly, we live in an era where social media “trends” are viewed as an analog for political support.

Concluding Thoughts: I wrote this newsletter while flying over America from coast to coast. It is always good to have the vastness of America as a backdrop for writing about the insanity of Trump. It’s a big country, with a lot of towns and cities and open spaces that he can’t touch, much less defile. So, if Trump’s frenetic craziness is getting you down, step out of the moment; look away from your smartphone; center yourself in this great and expansive country; see yourself in a four-hundred-year arc of steady progress toward greater freedom and security. Realize that Trump is an anomaly, who will rightly be dismissed by the judgment of history as a charlatan who was boosted into office with lies spread by a foreign enemy. He will not win in the end. We will.